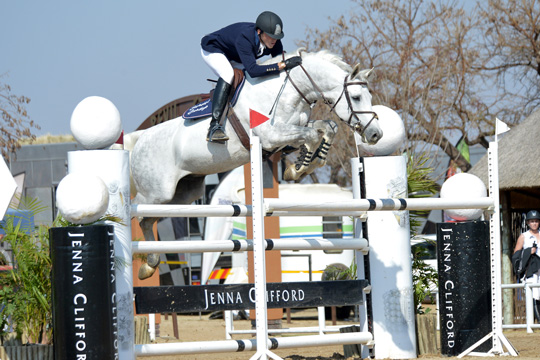 Castigo is sired by Calato, who under different riders, won championships and competed for the Danish team at Nations Cups. As a breeding prospect, Calato emerged from his stallion performance test as one of the higher scoring stallions in his age group, and a few of his progeny have won the European Championship and competed in the Olympic games (Coster),  and been German Champion at the Young Rider’s Championship (Callistro). The versatile Cascavelle, Castigo’s dam sire, has produced show jumpers, stallions as well as top class mares.

Castigo has wormed his way into the hearts of the equestrian community in South Africa with his wonderful showmanship and ever increasing accolades, and he is ready to compete in the 1.50m classes. His biggest achievement so far has been clearing 1.85m in the six-bar event at Easter show to tie for first the place.