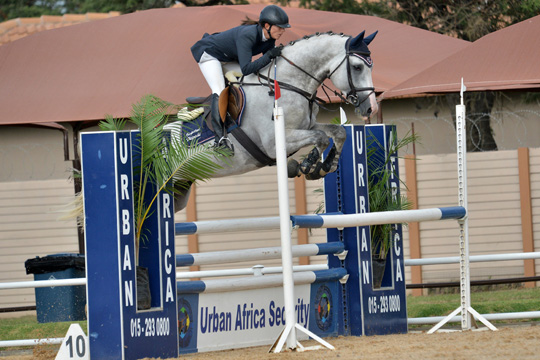 Hitoshi is a son of Winningmood, a stallion currently proving very successful at the highest International level with Luciana Diniz and now making an impact as a breeding stallion. Winningmood is by Darco, one of the best sport sires of all time, having no less than 40 registered progeny in the Breeding Guide for International showjumping horses. As a sport horse, Darco has been placed in both the World Equestrian Games and the Olympic Games under Ludo Philippaerts.

Hitoshi’s dam-line is no less impressive, with his dam being by Sioux de Baugy, who has been a very successful breeding stallion in his own right, himself being by the great French ‘Chef de race’, Grand Veneur.  Grand Veneur has produced more than 320 successful show jumpers and greater than 100 approved sons such as, Le Tot de Semilly, Sioux de Baugy and Major de la Cour. Further down the pedigree comes Lurano who is by Lugano I, the grand-sire of the wonderful Darco.

Hitoshi has attracted attention for a while due to his striking looks, beautiful jump and superb technique but has now really started to showcase his talent as he progresses up the grades. He is currently competing in the 1.20m classes under Celia Lecumberri.